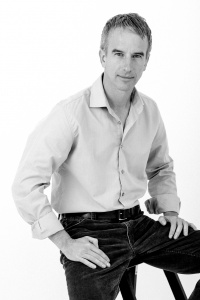 When people ask me where I am from, my answer has to be larger than just one country. I was born in France, spent formative years in the United States, returned to France, lived in Germany and now reside in Vancouver, Canada. My education, both intellectual and artistic, has been greatly influenced by the character and colour of these countries, as well as the many others I have visited. My parents are both world travelers and instilled in me a healthy curiosity and awareness of different cultures. It is truly a bonus to feel at home just about anywhere.

Various internships in recording studios and collaborating in record releases, account for the knowledge and experience I acquired as a musician. I have worked regularly as a mixer, with many tunes and remixes hitting the clubs around Germany and even Spain and Italy.

However, the music I produce is not only limited to club tracks. It stretches over to mood music for internet productions and films. In 2011 I created several spots of mood music for a German film, as well as one of the featured songs. I have also composed a few songs for internet ads and business events. Often this requires a heightened awareness for visual detail and synchronicity.

Since I speak three languages fluently, I also do translation work in various fields, including technical and business. I am no stranger to the film or TV set, having appeared in both films and commercials.

What I truly love though, is music and photography, where I can best express my synesthetic perceptions. When I was younger, I didn’t realize that other people did not see or hear the way I do. I didn’t even know that there was a definition and word for this! Synesthesia is a cross over, or mixing of the senses. This enables a synesthetic person to see sounds, frequencies, numbers, letters and days in various colours. In my case, for example, the number five, Wednesday, and orchestral strings, will always share the colour green. Needless to say, this greatly affects the way I see, hear and create. It adds another layer, or dimension to my vision and my work.

There is nothing else in the world that can take away my passion for pictures and sounds. I feel very lucky to wake each morning with enthusiasm for the projects of the day.

Thanks for stopping by and welcome to my site!

For questions and interest in a video, music and pictures, please contact via email: